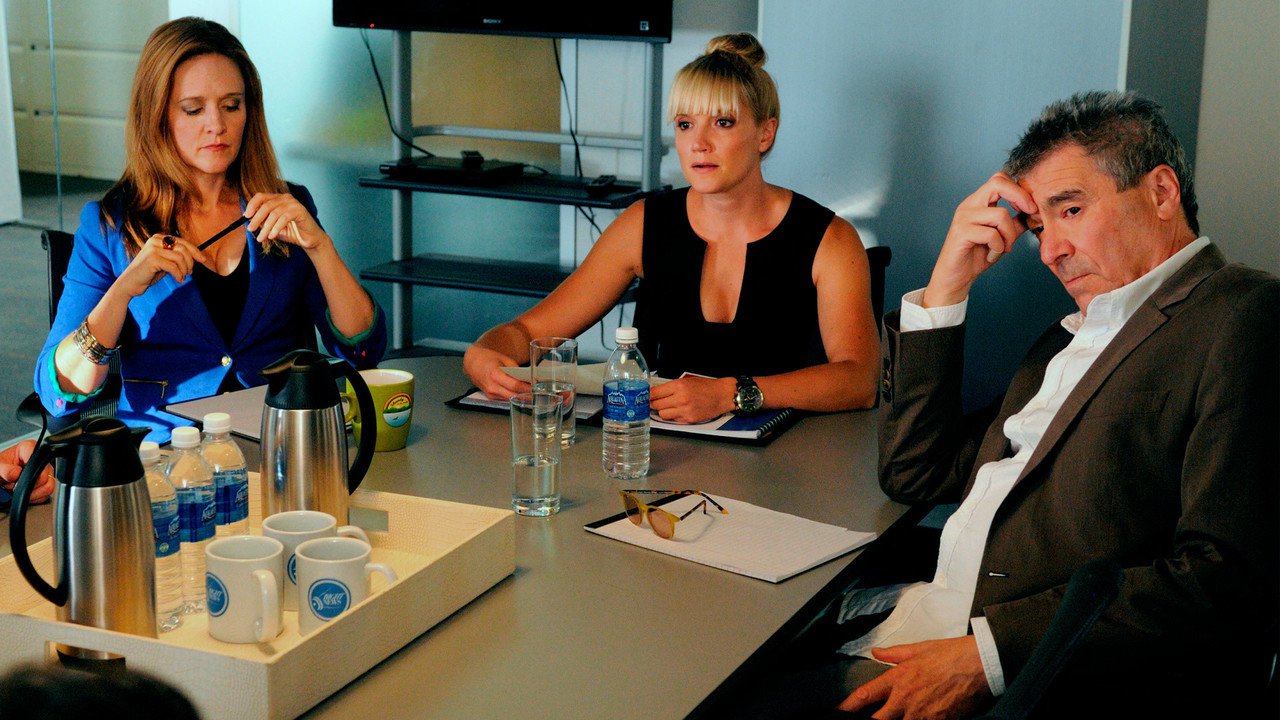 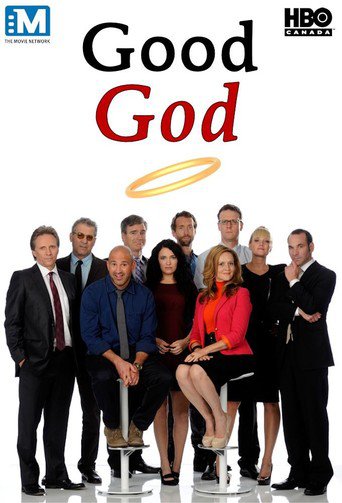 George agrees to run the Canadian outpost of an American right-wing television network owned by the media baron father of his socialite girlfriend.

With diversity an issue, George hires a former African warlord as an on-air personality.

After a night of doing ecstasy - and Tory - George must take a random drug test and loyalty oath for his job.

When an on-air host insults Islam and a childhood friend begs for a quarter of a million dollars, George pretends the network is facing a fatwa.

When the on-air hosts refuse pay cuts, George decides to replace them. Meanwhile, he faces commitment demands from both Virginia and Tory.

Overwhelmed by stress, George takes Virginia's anti-anxiety meds, which push him over the edge.

Fed up with repressing his left-leaning values for a pay cheque, George decides to get fired.

While George seeks out the best Chinese food in town, Bill sets out to create an epic phone hacking scandal.

Good God is a Canadian television comedy-drama series which premiered in April 2012 on HBO Canada. The show follows the life of character George Findlay, a role that Ken Finkleman reprised from The Newsroom and subsequent television projects. The series was originally slated to be the second season of Finkleman's previous HBO Canada project Good Dog, but was retitled in accordance with a change in the show's setting. The show was described in early media coverage as having been inspired in part by the launch of Sun News Network. In the show's first episode, for example, Findlay is forced to respond to allegations that his new venture is aspiring to be "Fox News North", an epithet which the real Sun News Network also faced both before and after its launch. The series was nominated for several awards at the 2013 Canadian Screen Awards, including Best Comedy Series, Best Supporting Actor in a Comedy Series for Jason Weinberg and Best Supporting Actress in a Comedy Series nods for both Samantha Bee and Jud Tylor.