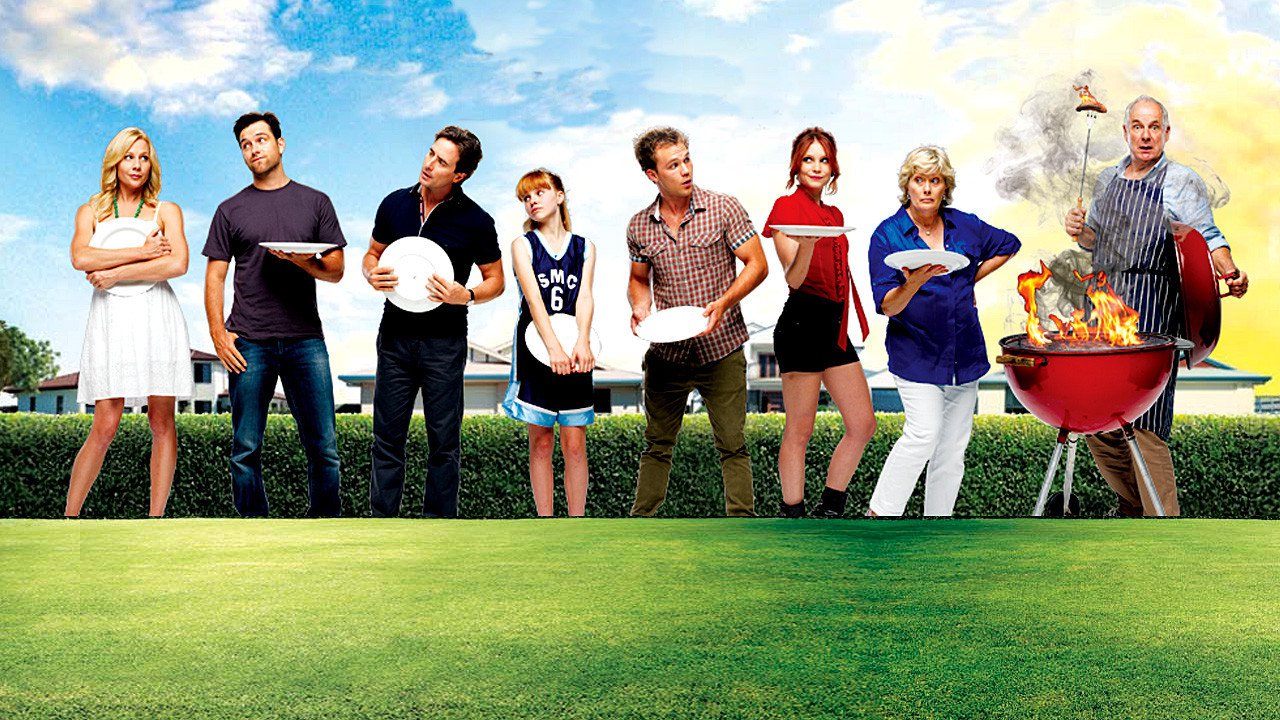 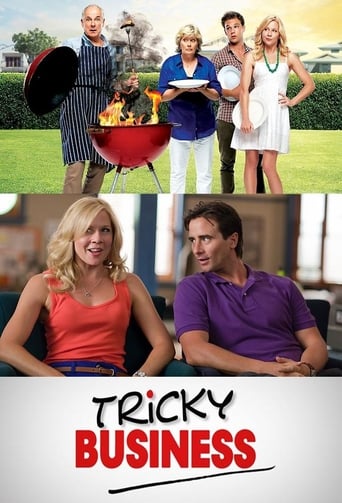 Life for three generations of the Christie family is thrown into disarray when a disastrous get-rich-quick scheme threatens to ruin the family business.

Kate's world is turned upside down when she discovers the full extent of Rick's betrayal. Desperate to save the family business, Kate forms a prickly alliance with rival Matt Sloane. Chad discovers the thrill of the chase as he tracks down a beautiful but elusive scammer.

Rick returns to the business, only to discover Matt has taken his place. Kate and Matt work together to investigate the deaths of a couple in a car accident, and Kate ignores Lily's advice to tell her parents the truth.

Kate and Matt are unexpectedly thrown together on an out-of-town surveillance job while Rick is forced to face the music regarding his investment.

Kate is drawn into the world of high class male escorts while investigating a credit card fraud. Meanwhile, a missing person case reminds Rick of the risks people take for love, and Emma schemes to reunite her mum with Rick.

Rivals Matt and Rick go undercover on a major fraud case to impress Kate. Chad and Minnie have a showdown in court, with unexpected results, and Matt gets more than he bargained for when he dares Kate to be more spontaneous.

Matt is hired to locate a lottery winner by a woman determined to claim the prize from her missing husband. Kate's experience as a single mother affects her judgement in a case and Emma provides Kate with a series of headaches.

Kate's past returns to haunt her when her daughter Emma goes missing, Matt and Chad go undercover to catch a cheating management consultant, and Chad's life takes a surprising turn when an old flame makes him a tempting offer.

Kate and Rick arrange some sting operations in an effort to catch a corrupt builder. Jimâ's loyalty ends up being tested after he is forced to investigate a friend over an alleged robbery.

Tensions are running high as Kate and Matt look into the case of a cheating spouse. Rick manages to expose an insurance scam involving broken ankles, theft and misguided love. Jim discovers a tragic family secret as he investigates a house fire.

Matt is employed to investigate doping in the greyhound racing industry. Rick and Kateput their reputations on the line after they are accused of wrecking a school formal.

Matt's day turns dangerous when he tries to repossess a car from an underworld boss, Kate receives a death threat from an unlikely source, and Rick has a breakthrough in the hunt to reclaim his lost $100,000.

Rick risks everything to repay his debts to Kate and Jim, Matt makes a fateful decision for the sake of Kate's happiness, and Jim and Claire's paths collide when they take separate action to help salvage Lily's university career.

Tricky Business is an Australian television drama series first broadcast on the Nine Network on 14 May 2012. Filmed in and around Wollongong and Sydney, the program is produced by Screentime with the assistance of Screen Australia. The Nine Network has ordered 13 episodes, with more to be determined by audience reception.The series premiered in New Zealand on 4 September 2012 on TV3.

The Day of the Roses

Tomorrow, When the War Began

GurlyIamBeach Instant Favorite.
Curapedi I cannot think of one single thing that I would change about this film. The acting is incomparable, the directing deft, and the writing poignantly brilliant.
Ella-May O'Brien Each character in this movie — down to the smallest one — is an individual rather than a type, prone to spontaneous changes of mood and sometimes amusing outbursts of pettiness or ill humor.
Zandra The movie turns out to be a little better than the average. Starting from a romantic formula often seen in the cinema, it ends in the most predictable (and somewhat bland) way.
krissy_24514 I rarely really enjoy pilot episodes of shows. The writers are always so concerned with trying to chuck as much information at you - and &quot;set the scene&quot; - as possible, rather than just creating a good episode of television. On that note, I thought Tricky Business held up quite well. I grew up watching Farscape so I&#39;m a Gigi Edgley fan - though she certainly is not Chiana here. I&#39;m also quite fond of Antony Starr due to his wonderful work in Outrageous Fortune. What I&#39;m trying to say is, I was predisposed to like the show, but I still felt in spite of my bias that it met my expectations very soundly.I like the way Edgley&#39;s character is being crafted, with a clear contrast between the way she is perceived by those around her, and her reality. I think the &quot;family business&quot; is an interesting one. I have never really seen this kind of work portrayed in television before - though they do seem to stumble quite luckily on many of their marks.Starr&#39;s character, obviously designed to construct the &#39;love triangle&#39; is the most interesting though and again, there is a contrast between perception and reality - though this one is external, not internal. Rick, the current boyfriend seems much more mature and together and safer, but perhaps below the surface, a 12-year-old&#39;s messy bedroom waits.I have enjoyed the show so far and look forward to seeing where they take it. It is certainly more enjoyable than that Channel 7 Packed to the Rafters nonsense that makes me what stab my eyes out with a blunt knife. Undoubtedly there are going to be many viewers (particularly Australian ones) that will immediately dismiss this show, partly because of that tall-poppy-syndrome that so many Aussies seem to suffer from, and also because most Australians have become so used to American television that nothing else quite hits the heart. Well, if you&#39;re one of those people, leave your predispositions at the door and give it a crack!
diogenes-858-449167 This Aussie PI genre show has all the hallmarks of being a Home and Away spin off. And the cast is so dazzlingly white I was tempted to reach for my sunglasses 15 minutes in. Don&#39;t get me wrong. These are good, professional actors. The familiar, generic types you get on Aussie made TV shows. And the technical production values are good. In fact they prop up the whole thing. The big problem is the makers of Tricky Business know we love icecream and position the show to be our new fat reduced treat. You want icecream? the show screams at us. We got low fat VANILLA for you here, and with all the sugar brain-dead TV consumers are used to! Tricky Business is so self consciously vanilla, I bet they&#39;ll introduce the token ethnic/ coloured character before the end of the second episode. Any takers? I could tell you about the script and story so far, but I&#39;d be repeating years of white TV character culture, and plot lines you already know. Some reading this may feel my tone and criticism is a bit harsh. You&#39;re right. It&#39;s how I respond to cynical efforts like Tricky Business. A show whose air of sophistication meekly cloaks a product choc full of preservatives, artificial colouring and flavouring. A product a halfwit wouldn&#39;t choose from the supermarket shelf, but something to be mindlessly consumed because it&#39;s served over the airwaves. First and last episode of this show for me.For those to whom sitting in front of the TV isn&#39;t a never ending fast food moment, and you&#39;d like to see how this TV genre does work Aussie style, go to your local video shop and rent the Good Guys, Bad Guys series from the late &#39;90&#39;s. Marcus Graham, Alison Whyte and Travis McMahon reveal how characters and the genre is done with class, wit and humour. A genuine treat that wont rot your teeth. 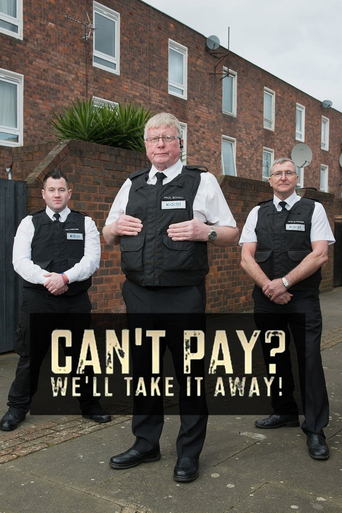 Can't Pay? We'll Take It Away!