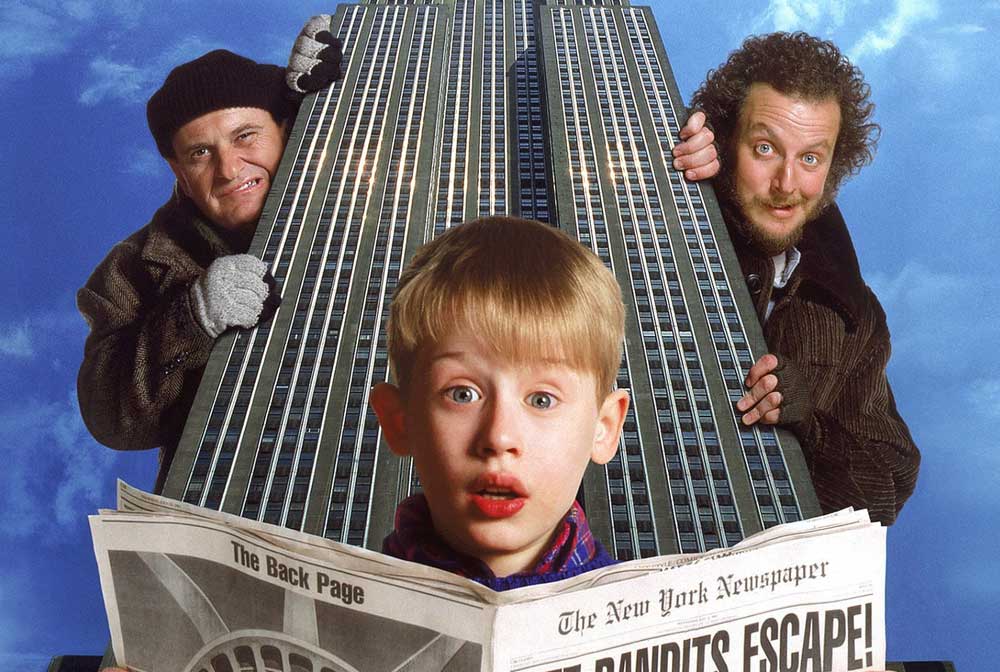 Home Alone is a 1990 American family comedy film written and produced by John Hughes and directed by Chris Columbus. The film stars Macaulay Culkin as Kevin McCallister, an eight-year-old boy, who is mistakenly left behind when his family flies to Paris for their Christmas vacation. The film was followed by a commercially successful sequel in 1992, Home Alone 2: Lost in New York, which brings back the first film's cast. Home Alone 3, released in 1997, has completely different actors, and a different storyline. A fourth film followed in 2002, Home Alone 4. This film features some of the same characters featured in the first two films, but with a new cast and a storyline that does not fall into the same continuity. On November 25, 2012, a fifth film, Home Alone: The Holiday Heist premiered during ABC Family's 25 Days of Christmas programming event.