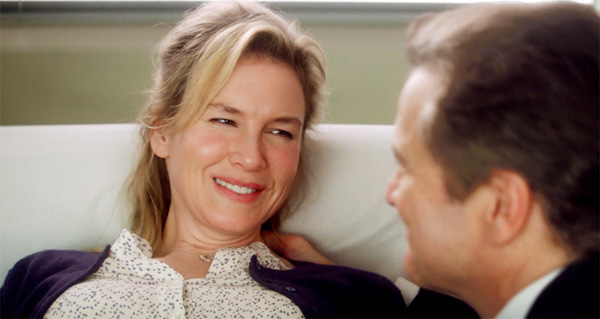 It’s been 12 years since we last saw Bridget Jones on screen, and while it’s unclear if world has been crying out for her return, in a testing year, the beleaguered Brits could certainly use a dash of her carefree tomfoolery and sheer adorability. And so Bridge is back – not with a bang, but two in fact, of the variety that leads to a bun in the oven and a brand new dilemma.

In “Bridget Jones’s Diary,” Helen Fielding’s hapless heroine, indelibly played by Renee Zellweger, despaired of being a thirties singleton before literally being fought over by two men. In “Bridget Jones: The Edge of Reason,” she struggled to maintain what she’d always wanted: A relationship. In this new installment, she is again single, but now 43, and wondering if she has lost her chance to be a mother.

In keeping with the franchise’s pattern, when she becomes pregnant, Bridget is unsure which of two men is the father, and so a much wished-for event again becomes the stuff of farce.

It ought to be said that those earlier Jones films haven’t aged that well. They were directed (first by Sharon Maguire, who returns here, then Beeban Kidron) with the worst tropes of rom-com shorthand, notably that knee-jerk reach for the soundtrack to mark every new emotional beat. And however endearing Zellweger made the character, Bridget’s attitude was pretty puerile – the fixation on a man as a prerequisite for happiness, the obsession with her appearance, her immediate recourse to karaoke and the bottle to ease her depression.

Apparently women loved her, but she made a dubious role model. And if Fielding was making an ironic social comment, it was more relevant to the nineties, when she first introduced Bridget in a newspaper column, than the noughties in which the films were made.

The saving graces of both films were the performances – Zellweger nailing the accent and managing to make Bridget both appalling and appealing, Colin Firth cutely reprising his Darcy from Fielding’s inspiration, “Pride and Prejudice” and Hugh Grant a scream in an image-reversing turn as the incorrigible womanizer Daniel Cleaver.

It would have been encouraging now if true love Darcy and the caddish Cleaver were again competing, this time over paternity rights, but that won’t be possible, since the film opens with the latter’s funeral, Cleaver having died in a plane crash, appropriately “going down in the bush.” His service is full of young Eastern European models; Jones, the de facto elder of his conquests, tells the congregation that Daniel “touched us all.” We miss him already. So the immediate question is, can “Baby” survive without Cleaver?

It does, just, in part because it has its fair share of laugh-out loud moments, and partly because Fielding has finally allowed Bridget to act her age. The shift is subtly done: She dresses better, at times being positively elegant; her public speaking is still eccentric, but with more composure; the same chaos surrounds her, but this time it is as much to do with circumstance as her own dizziness – it’s a relief to be spared the earlier, forced idiocy. And while she still feels lonely, neurosis has been replaced by a certain grace and stoicism.

Once again excelling, Zellweger has much to do with the safe transition of this new Bridget, maintaining all the old quirks and sweetness, but in a believably more mature shell. And while she’s not added the pounds this time, neither is she hiding her age. The actress has been away from the screen for six years; it’s tempting to see this as the start of a new phase in her work.

Having started her TV news career as an accident-prone, roaming reporter for the low-rent “Hard News,” Bridget is now its producer. Her new best friend is the show’s irreverent anchor, Miranda (Sarah Solemani), who in a neat corrective to the previous films is a thirty-something woman not obsessed with being married, and with none of the fundamentally inane hang-ups that have weighed Bridget down. It’s Miranda who takes Bridget to the Glastonbury music festival, where amid the mud and hedonism she has a one-night stand with dashing Jack (Patrick Dempsey), a dating website billionaire who can show Jones the algorithm that proves their perfect match.

Meanwhile, though it’s been five years since the end of her relationship with Darcy, the man keeps on popping up at funerals and christenings, until a momentary rapprochement leads to Bridget’s uncertainty when her pregnancy shows itself. Bridget struggles with revealing her pregnancy to the two potential fathers, and that’s pretty much it. The plot is terribly thin and stretched to its breaking point. Though the likeable Dempsey has his moments, he’s no Grant, and the progressive Jack is no Cleaver. Hell, he and Darcy even hug each other. There’s so little variation or tension that a huge middle chunk of the film is instantly forgotten.

If anyone replaces Grant, it’s Emma Thompson, who is one of Fielding’s new co-writers as well as featuring as Bridget’s obstetrician. The other writer is Dan Mazer, a regular collaborator with Sacha Baron Cohen and director of “Dirty Grandpa.” While it’s difficult to gauge Mazer’s contribution, Thompson’s is clearer: On screen, that wonderfully wry presence; in the script, quite possibly some of the moments of beautifully phrased, incidental humour, along with her character’s advice to Bridget that her baby needs neither man – another welcome corrective to the fawning dependency of the earlier films.

Stay on top of the latest breaking film and TV news! Sign up for our Email Newsletters here.

'Wakefield' Review: Bryan Cranston Is An Asshole For The Ages -- Telluride